Who is Gunner Stahl?

Gunner Stahl is an Atlanta based photography capturing intimate moments and portraits of rap artists. Gunner started taking photos when he turned 18 and was able to gain access and trust of famous artists around him in Atlanta. This allowed him to get unprecedented access to create images of these artists that were uniquely candid and natural. Gunner uses a multitude of cameras to create his images.

Gunner uses many different cameras to make his images. I labeled the majority of the gear from a photo of his desk from twitter. On the medium format side, he displays a Mamiya RZ67, Contax 645, Pentax 67 and Fuji Ga645. All these medium format cameras have been professional workhorses in the past and continue to be used today. 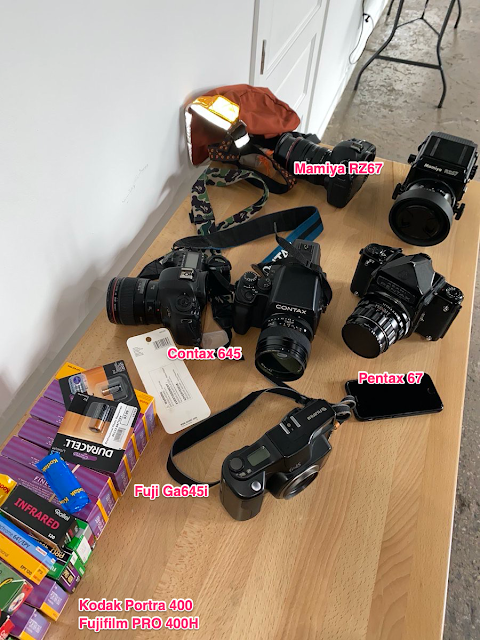 Stahl mainly uses color negative film in his work. By using the photo of his workstation above as a reference we know that he primarily uses Kodak Portra 400. The second most common film found was Fujifilm PRO 400H another color negative film.
Labels: contax photo tools yashica